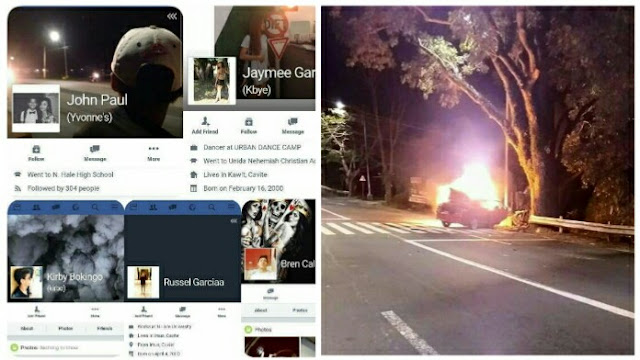 As chilling as it may sound, the recent car accident in Tagaytay City which killed 6 people is now being compared to the hit thriller movie, Final Destination after which the victim’s respectives profile were revealed showing what seems to be premonitions on what about to happen that night.

The creepy revelation was first posted by Christian Layug on Facebook but it was immediately deleted.

However, the R-Breezy page was able to get a copy of the said post and started sharing it. The photos were screenshots of the accounts of John Paul Tena, 17; Jaymee Garcia (Gubaton), 16; Kirby Bokingo, 16; and john Russel Garcia, 15.

As what it clearly shows, the cover photos of these 4 minors were a road, a road sign, dark smoke and total darkness, all were significant things pointing to the car accident.

THESE WERE THEIR COVER PHOTOS 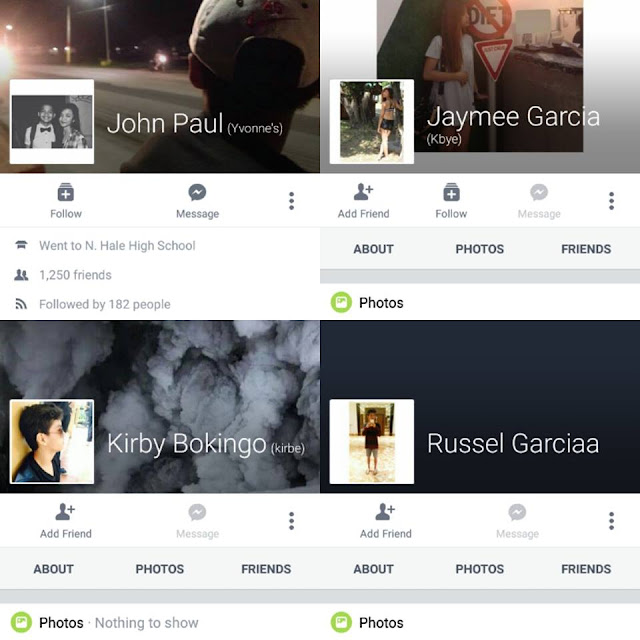 If that was not creepy enough, a Facebook user also shared another account of one of the victims; this time of the driver, Lauren Bren Calabines, 16. His cover photo shows a skeleton EVEN UP TO THIS DAY. The fact that they were all just skeleton when the rescuers came, is indeed connected to his profile.

Reports says that the group was on a Toyota Vios car with plate number AHA-5287 and was driving along the road of Brgy, San Jose when suddenly, it went a head-on collision on a nearby tree and fire spread all over the car.

This incident became a controversial issue after one of the witnesses revealed the whole story on what really happened that night.

He revealed how the authorities came first on the scene but immediately left to ‘allegedly’ report it to a much higher official, how the other residents ignored that the only sole survivor that time was screaming for help.

As of writing, the post already received thousands of comments and shared 5,000 times with over 7,000 users reacting to it.