In the small town of Lake Wales, there’s a mysterious spot that has drawn visitors for many years. If you follow the posted directions and put your vehicle in neutral at the bottom of the hill, it will suddenly appear to defy gravity as it rolls backward, uphill. 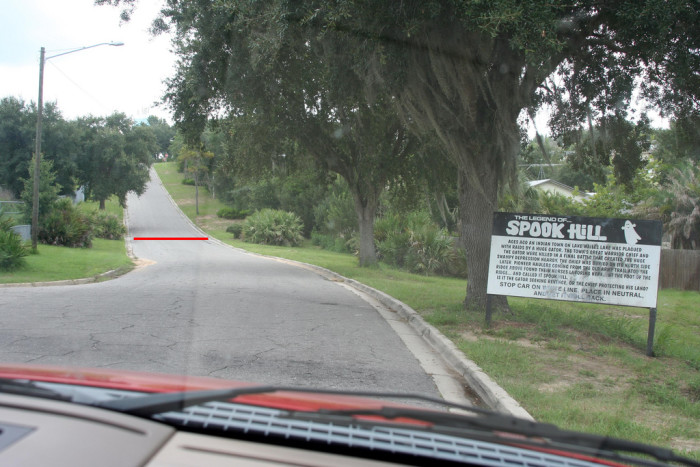 Even before the road was paved, there were reports of horses struggling to go down the hill, but having no problem going up. Local legend claims that this was the site of an ancient battle between a giant alligator and a Native American chief. Others claim that the effect is due to strange magnetic forces, possibly caused by a meteorite that struck the location long ago. 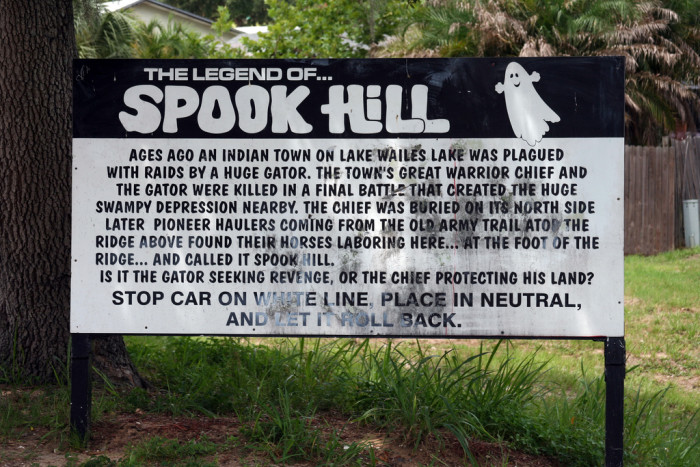 The truth is (spoiler alert) that the eerie experience of Spook Hill is an optical illusion. If you survey the land from the other side of the hill, you can tell that the cars are in fact rolling downhill. It’s still fun to experience the illusion and see how it works, though.

If you decide to check out this weird illusion for yourself, make sure you try looking in the rear-view mirror as your car rolls backward. Supposedly this helps give you that creepy sensation that you’re rolling uphill. Others have suggested running or biking up and down the hill instead.

The whole attraction only takes a few minutes to experience, and some people leave underwhelmed, so we recommend combining this trip with one to nearby Bok Tower Gardens, which is also in Lake Wales. That way you won’t be disappointed if you’re less than impressed by the illusion, or if (as some people have reported) you have a hard time getting the illusion to work.

Have you been to Spook Hill? What did you think of the experience? Do you have any other legends or weird places to share with us? Please let us know in the comments below!