Villagers have been left terrified after the 13-year-old girl suddenly appeared wandering aimlessly through the streets at night, bleeding onto the ground as she paced.

Many fear that the Satanic symbols found carved into her arms and hands could mean there is an eerie Satanic cult at work – or even a “possession from the Devil”.

The young girl could not explain how her hands and arms were slashed or why pentagons and other Satanism symbols were carved into her body.

The girl was picked up by locals when she was found staggering through La Chiriza in Nicaragua, Central America, whilst seemingly “in a trance”.

People said she did not know where she was and had difficulty pronouncing her own name.

One man told local media station Canal 10: “The wrist was cut with a satanic symbol in one hand.”

The teenager was wearing a blue and white school uniform with a backpack from her primary school.

Although Nicaragua is a devoutly Roman Catholic country, many people believe in and fear the Devil and the occult.Terrified locals suspect the girl was “dabbling in the occult”.One villager said: “We stopped her, but it was very strange. She seemed to have been playing some strange game.”I think she’s from Cuba, she’s not from this village.

“I ask myself, what problem does she have in her house?

“It’s up to the parents to pay attention to the children. This is truly the fault of the parents.” 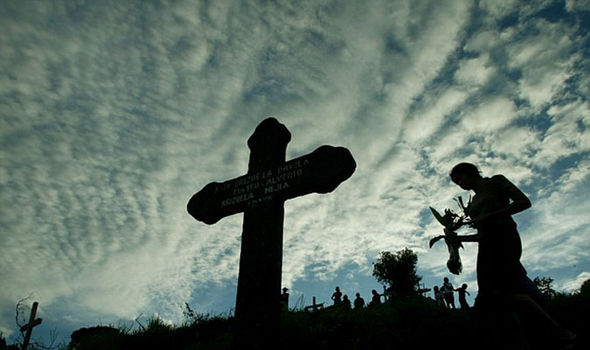 Many feared the young girl had been possessed by the Devil

The young traumatised girl was handed over to the police, who eventually found her parents.